Besides the strongest Excel VBA protection, the DoneEx VbaCompiler for Excel can improve VBA performance after compilation.

Below you will find the benchmarking results of real algorithms. The comparison was made between the speed of calculation of original VBA code versus the calculation speed of VBA code compiled into a DLL file by the use of DoneEx VbaCompiler for Excel.

Each workbook example with the original VBA code may be downloaded by the use of the link present after the benchmark description. This way you can make these speed measurements and comparisons on your end so that you can confirm the results for yourself.

All measurements were made through the following steps: 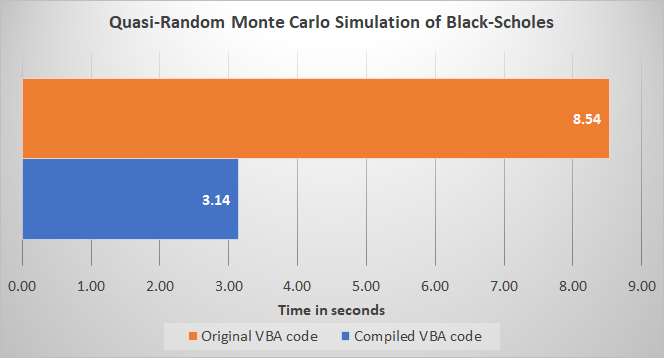 Black-Scholes algorithm is used in finance to calculate the theoretical value of options using current stock prices, expected dividends, the option’s strike price, expected interest rates, time to expiration and expected volatility. After compilation with VbaCompiler for Excel the benchmark shows x2.7 VBA performance improvement. The workbook example you may download from our website. 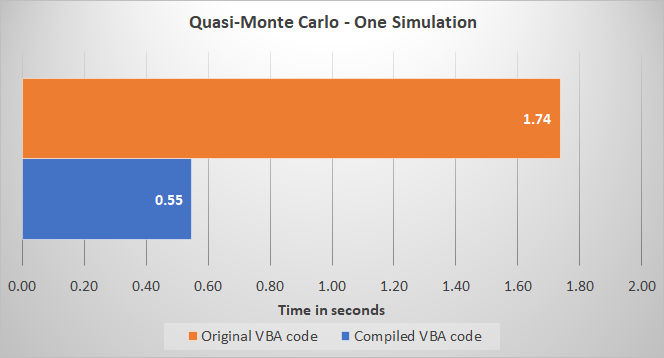 Quasi – Monte Carlo one simulation. After compilation with VbaCompiler for Excel the benchmark shows x3 VBA performance improvement. The workbook example you may download from our website. 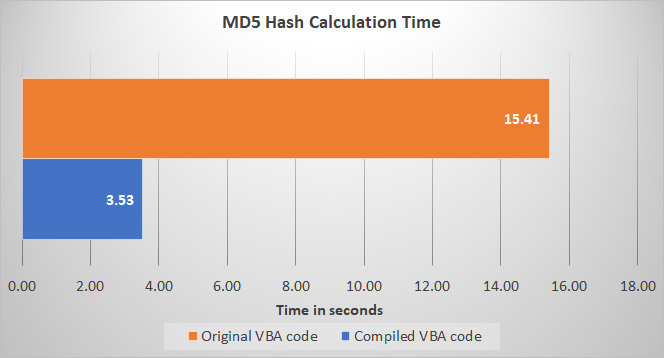 MD5 algorithm is fast and in order to increase the total time of calculation and make it more measurable the MD5 calculation was repeated 1000 times.

MD5 algorithm benchmark shows an increase in speed of the VBA code resulting in it being 4 times (x4) faster after compilation with VbaCompiler. You may download the MD5 workbook example. 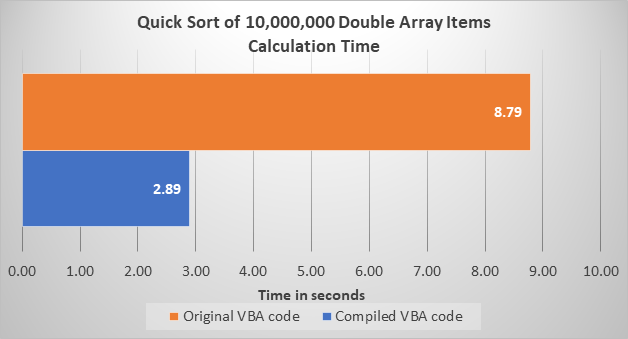 As you can see from the chart – the VBA code compiled with DoneEx VbaCompiler for Excel has a times 3 (x3) VBA performance improvement. The Quick Sort example may be downloaded from our website.

There are 2 different algorithms of Base64 that are used for benchmarks, each with a different performance. To distinguish between them, one of them is named Radix64. Both algorithms are repeated in the test 10,000 times to allow for a reasonable time measurement. 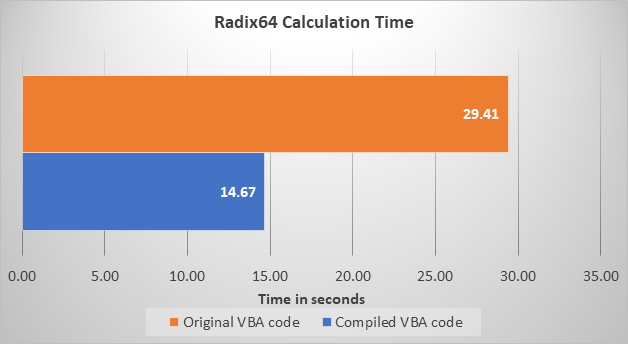 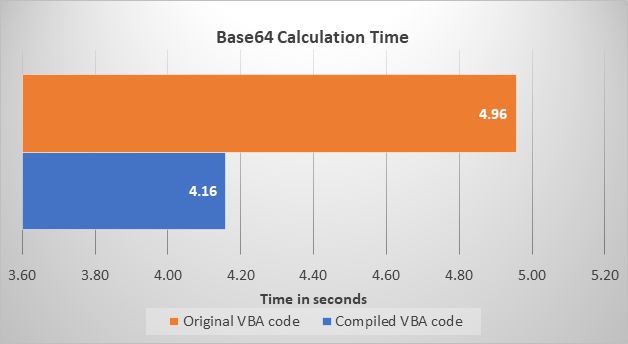 Fast Base64 algorithm acquires a VBA performance improvement after compilation with VBA compiler of about 1.2 times (x1.2) the original speed.

The Base64 workbook example, which contains both algorithms, may be downloaded from our website